Goldfish are as popular as they are beautiful. With proper care and housing, some of these colourful fish can live for 20 years or more.

Goldfish and a similar fish known as “koi” have been kept as ornamental pets for more than a thousand years. Koi and goldfish have shows and societies devoted to them, just as there are shows and societies for dogs, cats, and fancy mice. Although goldfish are associated with fish bowls, these bowls were never intended to house the animal for extended periods. In fact, they were originally used to show off exceptional fish during dinner parties and other showings, and then the fish would be released back into the pond.

Quite possibly the most important factor for keeping your pet healthy is the choice of accommodations. Proper housing for these animals includes ornamental fish ponds and large aquarium tanks. Even though they are considered a coldwater fish, goldfish tolerate the range of normal Australian temperatures pretty well so long as there is enough water available. The higher the temperature of the water, the less dissolved oxygen it contains. Therefore, the warmer the weather is likely to be, the bigger the tank needs to be, to prevent suffocation. For most of New South Wales, a good rule of thumb for minimum tank size is 25-30 gallons for the first fish, and 10-15 gallons per additional fish. A small school of three to five fish is a good place to start.

It’s also very important to keep any fish tank out of direct sunlight. It’s amazing how fast the sunshine can heat up the water, no matter what the air temperature might be.

Now you know why so many pet goldfish die after just a week or two in a goldfish bowl.

The bare essentials for goldfish are a tank and canopy of appropriate size, clean water, gravel or glass pebbles, a heavy-duty filtration system, fish food, and some live or silk plants for the fish to hide in. Other useful items are a fish net, a couple of clean buckets which have never contained anything but water (no soap, ever!), an algae scraper to clean the walls of the tank, and a siphon for cleaning the gravel.

Left to their own devices, your fish will get enough exercise simply swimming around attending to their fishy activities. The slim breeds are much more active than the rounder, long-finned varieties.

Feeding a goldfish is a simple matter. There are many excellent commercial goldfish foods on the market. The small pellets and flakes are the best choice, even for large fish. These allow all of the fish to grab something to eat, even if one of the fish is a bit of a bully, which happens sometimes. The large pellets are for ponds containing large schools of fish.

The usual advice is to feed fish two or three times a day, only as much as they eat in two minutes. Another way to estimate is to give the amount of food that would cover each fish’s eye. A missed day or two, from time to time, will not hurt them.

One of the most common causes of premature death in goldfish, other than suffocation, is the fish equivalent of constipation. Fortunately, this is easy to prevent. A few times a week, blanch a small piece of spinach in hot water, and float it in the fish tank. The fish will nibble on it, and it keeps them “regular”, to borrow the Americanism. Sometimes, this can save the life of a goldfish that is already in difficulty, but it is much easier to prevent the problem than to solve it.* 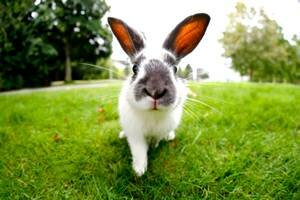 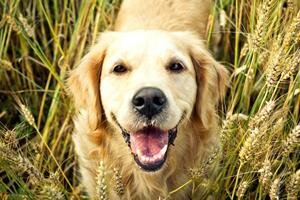