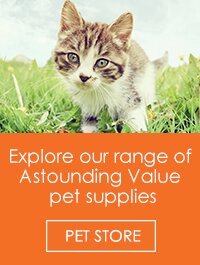 Catnip – Is it really cat LSD?

Catnip, a herb in the mint family is known to cause some cats to behave very strangely. We explore what it is and what effects it can have on your feline friend.

Catnip or Nepeta cataria is a perennial herb that isnative to Europe. Not all cats love it, but those that do get a euphoric effect, possibly similar to the effects of LSD, but for only 5-10 minutes each time. The herb is easy to prepare and store and can be grown easily for a steady supply.

Do all cats love catnip?

It is estimated that 50-65% carry the autosomal dominant gene that makes them love catnip. So if one cat parent loves catnip, they will pass this gene on to their kittens. There are a number of compounds in catnip, but the one suspected of causing the effect is Nepelactone.

How do I know if my cat loves catnip?

Cats are not interested in catnip prior to 8 weeks of age. If you offer catnip after this age, the response is very obvious. See here for a typical response:

Many cats are completely unaffected by catnip and will ignore it. If your cat is interested, usually they will roll, rub themselves all over it and go a little nuts for 5-10 minutes. They will then lose interest for a while. The refractory period where it has no further effect is usually 1 hour and after this time they can go back to it for another hit.

What does catnip do?

It is thought that catnip has a euphoric or hallucinogenic effect like LSD. Some also liken it to marijuana without the munchies afterwards. There is also a theory that the effects are similar to an aphrodisiac and could stimulate the same hormones as those involved in courtship and mating. Certainly male and female cats are equally affected and often the response is similar to a female cat on heat.

We may never really know how a cat feels when they experience catnip and we can only assume it is pleasurable!

It is thought that catnip is completely safe. If your cat eats too much of it (usually they like to inhale it rather than eat it), vomiting and diarrhoea can occur, but the effects are short-lasting. Cats will often chew the stems and leaves to bruise them and release the active ingredient. Consumption of the plant can also have a sedative effect.

Is my cat an addict?

Some owners find they really have to lock up their catnip and their cats will do anything to sniff it out. They can smell even just a small concentration of catnip, so if you handled the herb, placed it in a container, then touched the outside of the container or cupboard you placed it in, chances are your cat will sniff it out. You will need to keep it locked up in a secure air-tight container if you don’t want your cat having access all the time.

Cats do not seem to display any behaviours that suggest they miss the herb if it is not available and certainly do not seem to suffer any nasty withdrawal effects if they can’t have it.

There are many toys that contain catnip, which will tend to become less potent over time. As with any dried herb the smell will degrade over time with exposure to air and light. The active ingredient is essentially inhaled and the response is mediated through smell receptors in the nose.

Some cats will also chew the leaves and stems of the plant to release the chemicals. You can buy dried or pre-prepared catnip from petshops or buy a whole plant from most garden shops. The plant can then be sprinkled on the floor, or in its dried form can be placed inside toys.

Can I grow it?

You can easily grow this herb indoor or outdoor and like mint it can really take over a patch in your garden. Just watch out if you keep the plant inside, as your cat will have the urge to roll in it, which can make quite a mess. If you do decide to grow it for a steady supply, you can easily dry it on a tray in a very low oven or by picking a bunch and hanging it upside down. The herb then easily freezes or can be stored in an airtight container. The stems and leaves are the parts cats love.

Catnip is ten times more effective than DEET at repelling mosquitoes
Some insects also contain Nepetalactone which may protect them from other insects
Large cats such as tigers can also enjoy a little catnip
There are 250 species in the mint family Labiatae, only one causes this response in cats
Cats can smell very small amounts of catnip in the air, only 1 part per billion